A book that narrates 20 years of history of the SaloneSatellite, the annual event inside the Salone del Mobile in Milan, that since 1998 has permanently changed the world of design, renewing it with the energy of the many young talents whose careers have been launched in the process. The volume, by Beppe Finessi with book design by Leonardo Sonnoli, is organized as a credible dictionary of contemporary creativity, with 500 designers and 1500 images that chronicle the evolution of taste in this early phase of the Third Millennium.

»Among the international designers at the height of their success today, many began their careers about twenty years ago. And many made their debut at the SaloneSatellite. Over the years, from Matali Crasset to Satyendra Pakhalé, llkka Suppanen to Nendo, Matteo Bazzicalupo and Raffaella Mangiarotti of Deepdesign, all of them have been selected and discovered by the great design godmother, Marva Griffin. The idea was as simple as it was revolutionary: to take advantage of the audience of journalists, dealers, curators and entrepreneurs that flock to the Salone del Mobile, to give young designers of outstanding talent a showcase that could make a career happen – and to give the world the opportunity to enjoy their passion and imagination. After twenty years the Satellite is still on its voyage of discovery, finding new planets and new moons every year. AII intensely habitable!«

The projects ›Pl(a)ywood table‹ and ›NoTrashBags‹ are featured in this book. 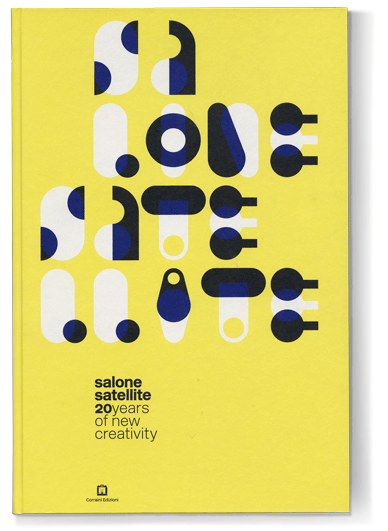